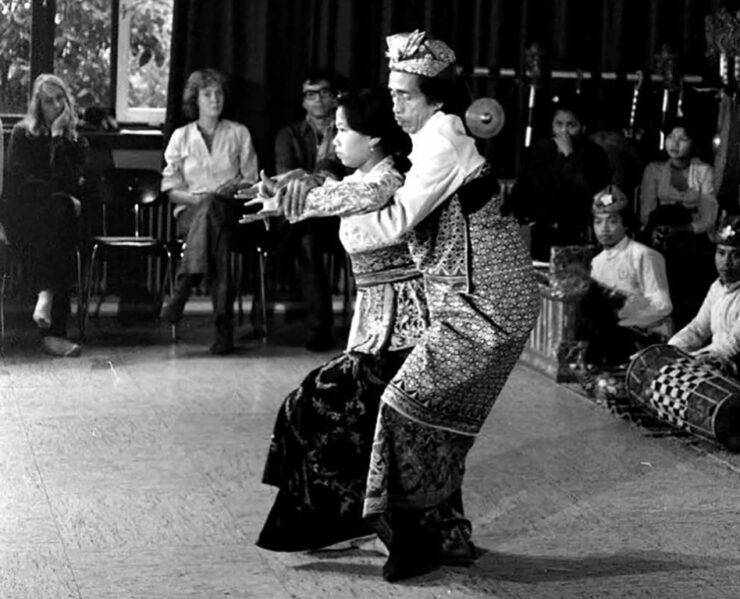 ISTA presented 8 public performances by the Balinese, Chinese, Indian and Japanese ensembles. The whole ISTA team presented the results of the first session during three seminars in Scandinavia with the title “The Performer’s Art: Talent or Science?” in Holstebro, Denmark, 5-9 November, organiser: Odin Teatret; in Porsgrunn, Norway, 13-16 November, organiser: Grenland Friteatret; in Stockholm, Sweden, 20-27 November, organiser: Schahrazad/Dansmuséet. Excerpt from the “Report on the 1st Public Session of ISTA” by Jean-Marie Pradier, University of Rabat: Start of working day: 06:45, end of working day: 22:00. The schedules for the different ‘workshops’ were not fixed. The participants decided at the beginning of each week what would be the duration and sequence of the different aspects of the work. Daily activity: Individual actor’s training under the direction of Eugenio Barba and Toni Cots; Basic physical training of Asian danse-theatres directed by Katsuko Azuma, Sanjukta Panigrahi, Tsao ChunLin and I Made Pasek Tempo; Comparative analysis of Asian performers’ techniques; Group work on an outline of a mise en scène of Hamlet. The participants of the School organised situations for the exchange of experiences and for working sessions in small groups with the pedagogues, outside the hours of the formal working schedule. The teachers and members of the scientific staff organised hours for teaching and consultation either in public sessions or in working groups within precise domains relevant to their respective competences. Didactic materials and specialised bibliographies were prepared and distributed to the participants. Themes dealt with: Verbal and pre-verbal communication; Comparative history of theatre pedagogy; Sociology of the actor; Comparative history of Oriental and Occidental performance; Group psychology.