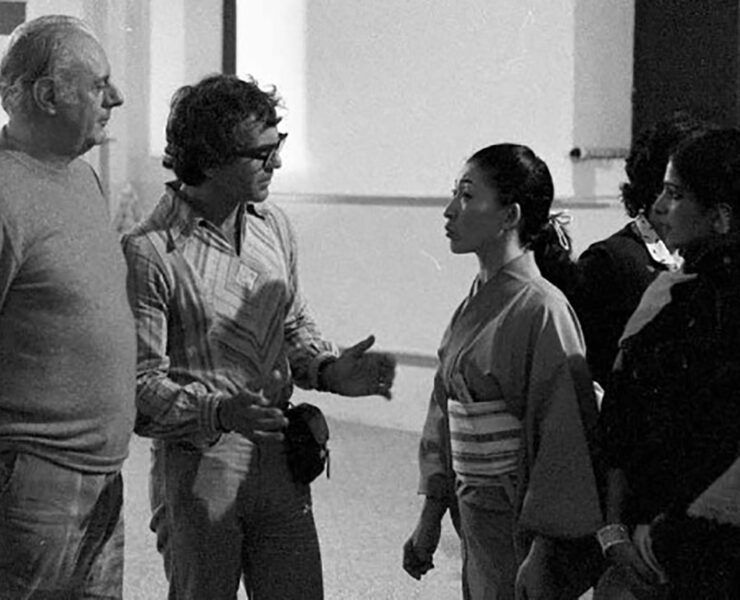 Introductory text by Eugenio Barba: Pre-expressivity / Improvisation
During the second session of ISTA, there will be a programme devoted to the study of improvisation in theatre. Improvisation is a word overly exploited today, which relates to many different and unconnected phenomena: from free creation on a theme to variation among already fixed elements, from mimetic play to the techniques of dramaturgical composition. It is a subject of fundamental importance, partly because it is a myth which permeates the history of modern performance, and also because it sets up and conditions a set of experiences without which it would be impossible to understand correctly the development of theatre from the advent of the mise en scène until today. In order to broach this subject, ISTA has made a point of not defining stage improvisation in any way, but deepening its multiple connotations. It will try not to dissolve it into a universal category which would make us lose sight of its concrete presence and its material effectiveness. The research will follow two directions: on the one hand, to analyse, confront and collect a direct documentation about some of the most important experiences from East and West whose practice can be linked to improvisation; and, on the other, to organise a series of demonstrations with Italian and foreign experts.

During the ISTA session, a two-day symposium (3-4 October), on “Theatre and Anthropology”, led by Eugenio Barba, was held open to the public. It included work demonstrations by ISTA’s artistic staff. ISTA presented 45 public performances by Balinese, Chinese, Indian and Japanese ensembles, 1 street performance by the participants and 1 Theatrum Mundi.

Excerpt from the “Report on the 2nd Public Session of ISTA” by Peter Elsass, Copenhagen University; Jean-Marie Pradier, University of Rabat and Ferdinando Taviani, University of Lecce:

Daily Schedule: 06:10-06:25 Light meal 06:25-06:55 Interaction (groups of 3 people going out running together) 07:05-09:30 ‘Family’ training 09:30-10:00 Breakfast 10:30-13:00 Gypsy time (weekly workshops) 14:00 Lunch at the Conservatory 15:30 Work in groups on Hamlet under the guidance of a director 19:30 Dinner free of charge, in one of the 7 restaurants contracted by ISTA 21:30 Demonstrations or performances or presentation of scientific and didactic films Gypsy time activities: mime; mask improvisation; various vocal training techniques; street performance techniques; Asian performing techniques; acrobatics. Specialised activities: For directors, dramaturgy, staging; problems relating to directing actors. For actors: specific training in small groups; individual training under the guidance of an Asian master. Dramaturgy and staging: the participants were divided into groups. Each group was to prepare a performance based on an adaptation of Hamlet. Each director responsible for a group was assisted by one or several dramaturgs – university professors – as well as other participants who were also directors but not themselves leading a group. Eugenio Barba chose five actors who, between them, presented certain characteristic problems, with the objective of working on a production of Edward Bond’s play Narrow Road to the Deep North. This work was open to observers: directors, guests and members of the scientific staff.

Scientific Activities: Theatrical studies, improvisation; Neurophysiology, examination of the actor’s ‘presence’; Psycholinguistics, comparative study of the timbre of the actor’s voice in a normal situation and in vocal improvisation; Psychology, the question of non-verbal communication.