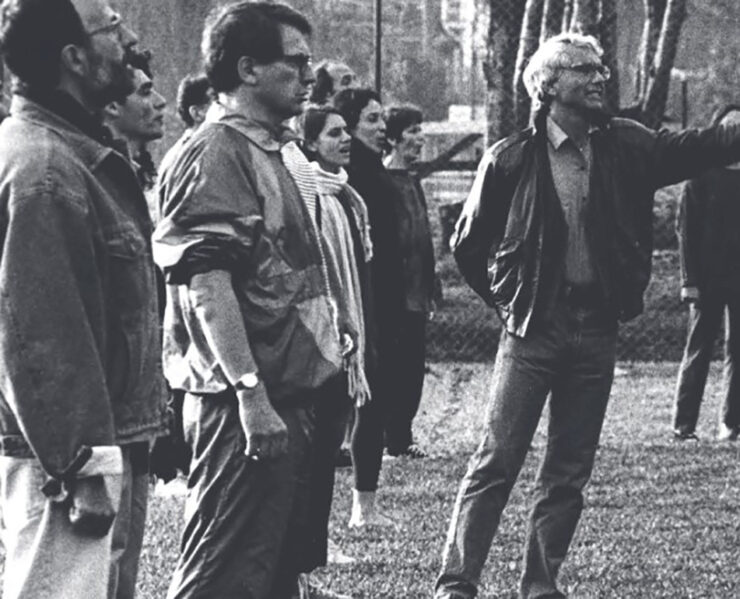 Presentation
Tradition and Found of Traditions Traditions preserve and pass on a form, not the sense that animates it. Everyone must define and reinvent the sense for themselves. This reinvention expresses a personal, cultural and professional identity. Traditions stratify and refine the knowledge of successive generations of founders through their forms and allow each new artist to begin without being obliged to start from scratch. Traditions are a precious inheritance, spiritual nourishment, roots. They are also constrictions. There is no identity without a struggle against the constrictions of the forms inherited from “tradition”. Without such a struggle, artistic life collapses. The spark of life, in art, is the tension between the rigour of the form and the rebellious detail that shakes it from within and makes it take on a new value, unrecognisable features. The performer who does not belong to a codified scenic tradition often risks feeling disinherited, rootless, without concrete reference points to disobey. Those who do not have a tradition often idealise it and regard it with superstitious belief, as though it could give sense to their work. A longing for form has permeated the theatre of our century, from Stanislavski to Grotowski, from Meyerhold to Brecht, from Artaud to the great and unacknowledged Decroux, from Gordon Craig to Isadora Duncan, Jacques Copeau, Martha Graham, Kazuo Ohno… A lineage of founders of traditions unfolds across the artificially separated fields of theatre, mime and dance. Each of us is the child of somebody’s work. Every founder of tradition has a past which they have chosen. It is for us to decide, on a professional level, which history we belong to and who our ancestors are, ancestors in whose values we recognise ourselves. They may belong to distant eras and cultures, but the sense of their work is near to us. To the hurried glance, the distinction between traditions and founders of traditions is equivalent to that between classical schools and innovators, between the orthodox and the rebel, between the classical Asian actor-dancer hidden within a golden costume and the restless and eclectic research of contemporary performers. It is not like this. Even the most rigid tradition only lives through reinvention by its interpreters. The more subtle and imperceptible these reinventions seem, the deeper they actually are. In daily practice, “tradition” is equivalent to “knowledge”, or rather “technique”, a much more humble and efficacious word. Technique does not define us but it is the necessary instrument for overcoming the borders which confine us. Technical knowledge allows us to meet other forms and introduces us to the “tradition of traditions”, to those principles which constantly recur under the differences of styles, cultures and personalities. The aim is not to identify oneself with a tradition, but to construct a nucleus of values, a personal identity, both rebellious and loyal towards one’s own roots. The way to achieve this is through a minutely detailed practice that constitutes our professional identity.
Eugenio Barba