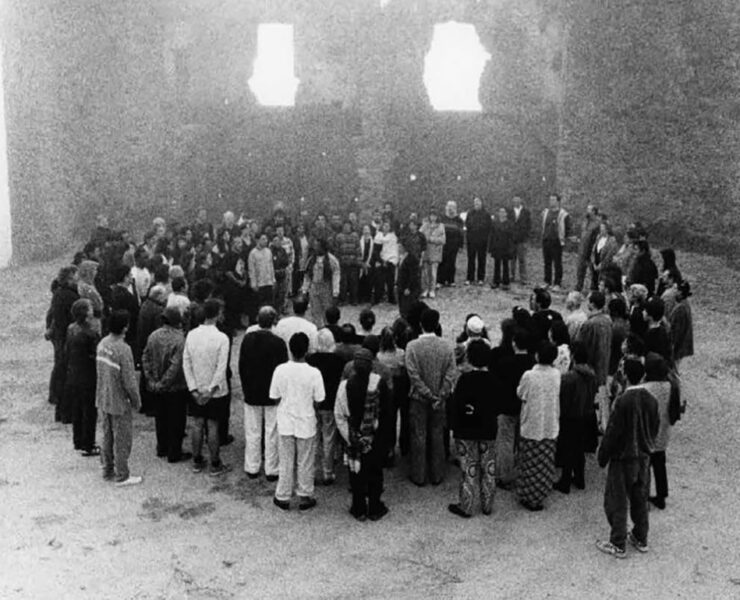 Presentation
In theatre and in dance the term organic is synonymous with alive or credible. It sometimes happens, however, that an actor experiences certain actions as “organic” whereas the same is not true for the director and/or spectators. On the other hand, it also happens that the director and/or spectators perceive as “organic” actions which the actor experiences as “inorganic”, hard and artificial. This disparity of judgement or feeling contradicts the ingenuous belief in a direct correspondence between what the actor feels and does, and what the spectator experiences. In fact, there is no such correspondence, but there can be an encounter. The efficacy of this encounter determines the sense and the value of the theatre. This efficacy depends on the organic effect obtained by the actor with respect to the spectator. The organic effect means the capacity to make the spectator experience a body-in-life. The main task of the actor is not to be organic, but to appear organic to the eyes and senses of the spectator. Does this mean that the actor’s work is nothing but appearances and simulation? To believe that would be as ingenuous as the belief in an immediate and obligatory relationship between the organic quality of the actor and the organic effect on the spectator. For the actors, the real problem concerns the directions and methods they choose in order to build an efficient scenic presence. If they lose the point of reference constituted by the perception of someone looking on from the outside, and only use their own sensations as a measure of judgement, then they will probably very soon experience their own organic quality as illusory for themselves as well. The shortest paths, whatever our illusions may tell us, are always tortuous. These are paths which can only arrive at their destination effectively if they first set out in the opposite direction. For the actors, the search for the organic effect is often accompanied by a feeling of unease, by a sense of the inorganic quality of their own body and actions. Only after a long and arduous process – and not always then – is a meeting possible between the new organic quality of the actor’s actions and the perception of the spectator. This new organic quality, which derives from a long apprenticeship, is the consequence of the transformation of the unease. It is the exercise of physics, of a physiology and of a logic that renders paradoxical the space-time in which actors and spectators meet. This paradoxical way of acting and thinking, remote from daily criteria, is an indispensable requirement for the efficacy and justification of the theatre craft.
Eugenio Barba

Report
During the 11th ISTA session, a three-day symposium (23-25 September) on Theatre Anthropology, led by Eugenio Barba, was held open to the public. It included work demonstrations by ISTA’s artistic staff. ISTA presented performances by Balinese, Indian, Japanese and Brazilian ensembles as well as Odin Teatret, and 3 performances of the Theatrum Mundi Ensemble’s performance “Four Poems for Sanjukta”.