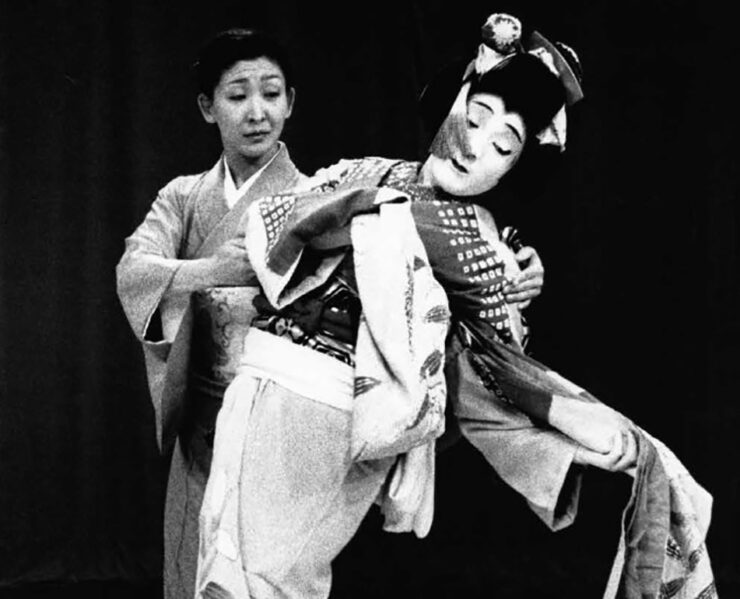 Introductory text by Eugenio Barba: The Female Role In ISTA
The term “anthropology” does not refer to so-called ‘primitive’ or ‘different’ cultures, but is used in its original sense: “the study of the human being”. Theatre Anthropology, therefore, is the study of human behaviour in a performance situation, in which an extra-daily body technique replaces a daily body technique. A body technique is not a purely physical form of behaviour, but is both physical and mental. In the theatre, this refers to the interrelationship of three poles:

1. Pre-expressivity, i.e. what the actor communicates by his mere presence and dynamism;
2. The particularity of the traditional and the cultural context;
3. The personality of the actor, i.e. his individual and social persona.

The first of these three poles is made up of a heritage of knowledge which is substantially similar in the theatres of many cultures: it is that which we could call the ‘biological’ level of the theatre. The other two poles determine the changeover from pre-expressivity to expression. To investigate the different ways in which the female role is represented/personified in the theatre of various cultures means going to the centre of the triangle formed by these three poles. Here the interconnection between physical, mental and social behaviour emerges with particular clarity: we are at the heart of the actor’s work. In traditional Asian theatre the female roles are often played by men, as in the classical Japanese Noh theatre, in Kabuki theatre with its onnagata, in Indian Kathakali and in many other forms. There are also cases in which women play male roles. In all of these Asian theatres the distinction and dialectic between sex and temperament is physically evident. In Japan, India, Bali, and Thailand the same parts can be interpreted in two different and opposite ways: one strong, vigorous, kras, tandava, or (in Western terms) ‘virile’; the other soft, delicate, manis, lasya, or ‘feminine’. But ‘virile’ and ‘feminine’ become inappropriate terms: both the ‘feminine’ and ‘masculine’ characters can, in fact, be interpreted as vigorous and soft. It is the actor, not the tradition, who decides. Whereas in the West, in general, the playing of masculine and feminine roles conforms to the models of social behaviour, in the Asian classical forms, scenic models and acting patterns are created which depart from those of daily life: in daily life there are no women-warriors, but they are often present in the theatrical realities of Japan and China. In Asian theatre, women can manifest that vigorous and strong temperament which is denied them in daily life and which, in the West is typical of heroines like Lady Macbeth or Medea who are often considered abnormal. Throughout the four days of the congress, a living book made up of demonstrations by the various masters of performance, will be developed around one of the most complex and suggestive themes in theatrical culture. Behind the fascinating images presented through technical explanation and performances given by various interpreters of female roles, and through the confrontation between East and West, it will be possible to penetrate the tensions and contradictions which concern not only artists but all social beings.

Excerpt from the “Report on the 4th Public Session of ISTA” by Jean-Marie Pradier, University of Paris 8: Organisation of time: The plenary sessions were held in Odin Teatret’s ‘red room’, from 08.45 to 18.45, with breaks for meals and group work. Lunch was held in the theatre, making it possible for the participants to meet with each other and exchange points of view. Apart from the first day when, due to general consensus, an open discussion was held in the morning, time was set aside for reflection in the afternoons in order best to profit from the unique presence of so many artists gathered together in the same place at the same time, and especially in order to learn to see before speaking. Consistent with its wish to assist in the diffusion of the performance arts of different cultures, ISTA presented a series of public evenings to the people of Holstebro. These performances, presented in Holstebro Hallen after the participants’ evening meal, synthesised the days’ analytical work.