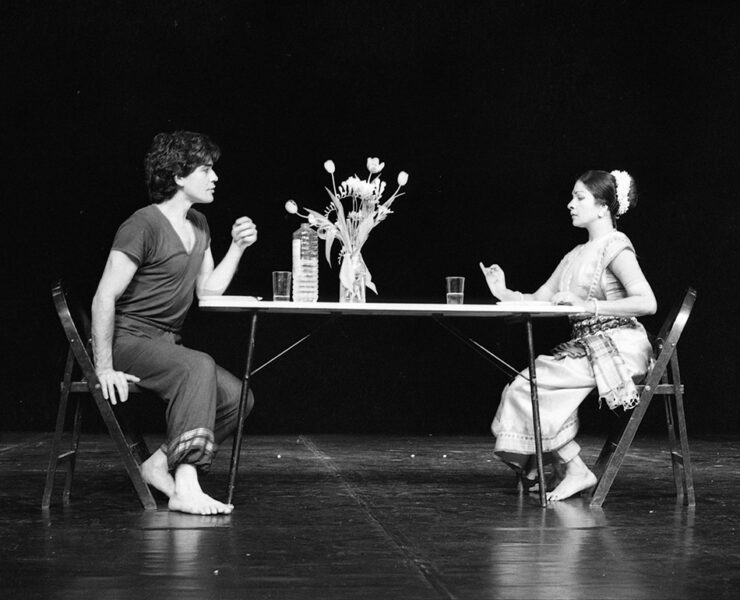 During the ISTA session, a two-day symposium (20 – 21 April), on “Le Maître du Regard”, led by Eugenio Barba, was held open to the public. It included work demonstrations by ISTA’s artistic staff. ISTA presented 12 public performances by Indian and Japanese ensembles.

Excerpt from “Report on the 3rd Public Session of ISTA” by Jean-Marie Pradier, University of Paris 8: Each day was divided into three stages: 1. Morning – question period (08:00-12:30); 2. Afternoon – answer period (14:00-17:30); 3. Evening – exploration period (20:00-22:30). Question period: Experiencing a practical situation allows the participants to become aware of the fundamental questions which arise during a performance: importance of technique and of surpassing it; the difference between communication and information; perception on the part of the actor as well as the spectator; difference between gesture, movement, and action; energy; rhythm and action; standardised techniques and personal creativity; questions about working vocabulary: artistic terminologies and balance between a precise verbal expression and the necessity to find a personal terminology. Answer period: After a demonstration which illustrated specific techniques, the basic processes were analysed and put at the disposal of the participating actors. The analysis provides for a rediscovery of the elementary principles of behaviour, which are manifested by different levels of organisation in the human physiology.

Exploration period: An excerpt from a performance by either one of the Asian masters or one of the teaching specialists served as an example which was analysed and commented on. The value of the performance level of organisation and complexity was perceived by all participants according to their particular level of training, teaching, and knowledge.