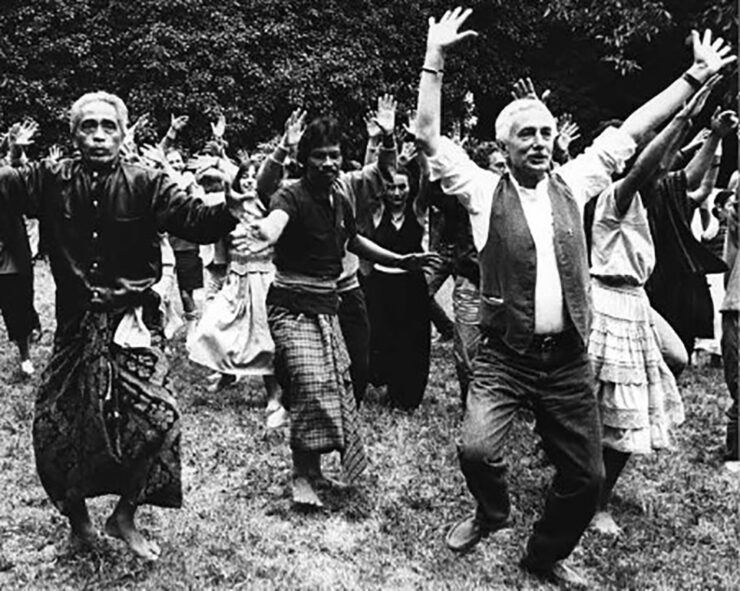 Presentation
An essential part of theatrical culture consists of the study of the performance practices of the past. The
history of the theatre is not only a “reservoir of the past”. It is also a “reservoir for the new” containing
knowledge which from time to time makes it possible for us to transcend the present. This does not mean
isolating oneself, but imagining other possibilities for the theatre. The history of the theatrical reforms of
the twentieth century, in the West as well as in the East, shows the strong link of interdependence which
connects the theatre of the past with new artistic creation.
On the other hand, historiographical understanding is often impeded by a lack of experience, by the
absence of an empirical dimension, by the impossibility of overcoming the limits established for the
spectator. Theatre scholars often come face to face with testimony without being in a position to testify.
They run the risk of accumulating the deformations of memory, without possessing the means to correct
them and to arrive at a living image of the meaning which theatre had in the past.
The link between theatre and written words is a fertile means of transmission and cultural growth. But it is
often overbalanced in favour of books, and the memory of the living experience risks being dispersed in
erudite pages devoid of context. Among the various forms of ethnocentrism which veil our vision is one
which does not depend on geographical and cultural location but rather on the roles created by the
theatrical relationship. It is that ethnocentrism which only considers the theatre from the point of view of
the spectators and neglects the realm of the performers: the network of their relationships, knowledge
and ways of thinking of which the performance is the fruit.
From this arises the vital importance of creating a time for common experience in which, preserving the
specificity of various competences, the artists who embody particular traditions dialogue with scholars
who take on the task of sharpening the instruments necessary for understanding the multiform reality of
the theatre and its history. In such a confrontation, hypotheses, doubts and questions can be woven into a
common research in which the distinction between practical and theoretical specialisation is temporarily
dissolved. The purpose of this time for common experience is not the achievement of immediate and
unitary results. It offers new points of departure and new stimuli for successive individual research on the
part of both those who give life to the performance techniques and those engaged in passing on the
memory.
Eugenio Barba

The schedule for the second week was adjusted to the needs of the International Symposium which was
held at the University of Bologna. The schedule included meetings and lecture/demonstrations open to
visitors and public performances.
For the first time, all participants took an active part in the Theatrum Mundi. This performance, which took
place on Sunday July 15, included a song composed during The Crossing and sung by participants. The
Theatrum Mundi is a unique intercultural performance which, in this instance, involved more than fifty
Asian and Western artists. A library was set up in the Villa to which all were invited to contribute a book as well as at least one article of their own.

The Crossing
The experience of previous sessions demonstrated the value for all participants – actors, directors and
intellectuals – of being placed in work situations different from those they regularly encounter in their
professions. The theatrical work called The Crossing was developed by the participants themselves who were divided into international and interdisciplinary cells. Each cell was asked by Eugenio Barba to:
1) determine an archetypical situation common to most cultures;
2) consider that the chosen situation must have dynamic value and become a scenic web which permits
the process of going from one culture to another and from one perspective to another.
After a general meeting, the cells suggested ideas based on these directions following which each cell was
asked to develop a scenario for the performance.
Once Sanjukta Panigrahi had chosen a scenario, “rehearsals” began.