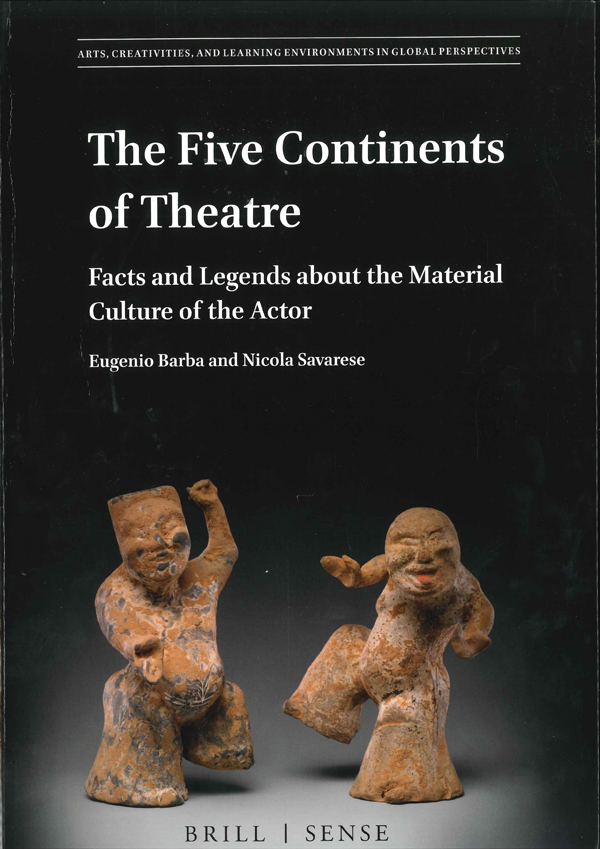 The Five Continents of Theatre undertakes the exploration of the material culture of the actor, which involves the actors’ pragmatic relations and technical functionality, their behaviour, the norms and conventions that interact with those of the audience and the society in which actors and spectators equally take part.

The material culture of the actor is organised around body-mind techniques (see A Dictionary of Theatre Anthropology by the same authors) and auxiliary techniques whose variety concern:

■ the diverse circumstances that generate theatre performances: festive or civil occasions, celebrations of power, popular feasts such as carnival, calendar recurrences such as New Year, spring and summer festivals; ■ the financial and organisational aspects: costs, contracts, salaries, impresarios, tickets, subscriptions, tours; ■ the information to be provided to the public: announcements, posters, advertising, parades; ■ the spaces for the performance and those for the spectators: performing spaces in every possible sense of the term; ■ sets, lighting, sound, makeup, costumes, props; ■ the relations established between actor and spectator; ■ the means of transport adopted by actors and even by spectators.

Auxiliary techniques repeat themselves not only throughout different historical periods, but also across all theatrical traditions. Interacting dialectically in the stratification of practices, they respond to basic needs that are common to all traditions when a performance has to be created and staged. A comparative overview of auxiliary techniques shows that the material culture of the actor, with its diverse processes, forms and styles, stems from the way in which actors respond to those same practical needs. The authors’ research for this aspect of theatre anthropology was based on examination of practices, texts and of 1400 images, chosen as exemplars.